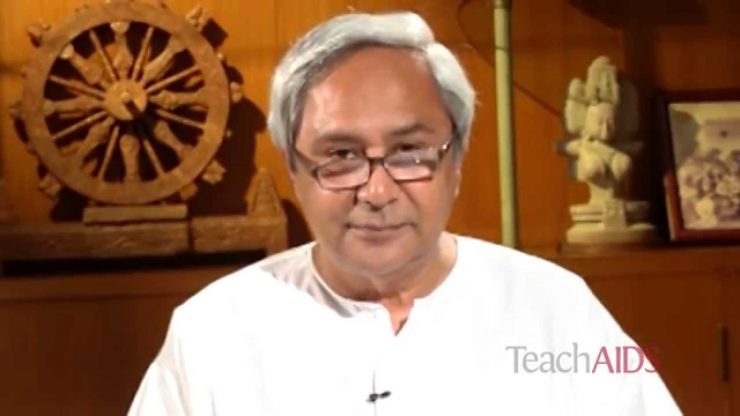 “Let’s bring Odisha to the forefront of the global fight against HIV.” – Chief Minister Patnaik.

In a formal endorsement of the Odia version of the TeachAids HIV education materials, The Honorable Chief Minister of Odisha, Shri Naveen Patnaik, has kindly recorded a Message of Hope to be integrated into the Odia software.

TeachAids, in collaboration with Chief Minister Patnaik and the Odisha State Government, first launched the Odia version of the TeachAids materials as part of their Odisha State AIDS Control Society (OSACS) curriculum for distribution across the populations of Odisha in 2014.

While less than 1% of the adult population in Odisha is HIV positive, HIV rates are on the rise. As a result, Chief Minister Patnaik has approached this topic with extreme care and urgency. “Odisha is one of the states in India that is known as a ‘hot zone’ for this disease. Unfortunately, due to the stigma attached, infected persons are not reaching out for basic help. Therefore, we must come together as a state to educate people about AIDS,” Chief Minister Patnaik urges.

Chief Minister Patnaik is widely respected around the world, having gained widespread acclaim as a politician for his pristine image, stance against corruption, and ‘pro-poor’ policies. Hailed as a natural, compassionate and strong leader, Chief Minister Patnaik has been commitment to solving the problems of his people and state since he began his political career in 1996.

Chief Minister Patnaik’s involvement with TeachAIDS is a manifestation of his dedication to the education, health and well-being of the people of Odisha. In his Message of Hope, he notes that, “proper education is the only way to conquer the fear and stigma associated with HIV.  As the TeachAIDS animation says, “Let’s work together to spread the message on HIV prevention!””

We sincerely thank Chief Minister Patnaik and his administration for their generous support in the development and distribution of TeachAids materials. We commend his administration and the State of Odisha on pairing their multi-tier HIV and AIDS strategy with TeachAids software in order to educate citizens and reduce the prevalence rates.

Video: Chief Minister Naveen Patnaik delivers a “Message of Hope” to the people of Odisha

Thank you for subscribing to the TeachAids Newsletter. We look forward to sharing our updates with you!